HAUNT is a solo journaling game aiming to provide an impactful journey for the player. In HAUNT, the player takes on the role of a trapped ghost who aches to connect with the living. The ghost knows that their attempts to connect with the living may result in an exorcism, but they also know that failing to make a connection will cause them to wither away, unable to move on. HAUNT is built on the Wretched & Alone system, product of Chris Bissette and Loot The Room.

HAUNT is written by Yubi Coates. They have published several games, including What Is Here (featured on the Rusty Quill podcast), and have written for ENNIE Award winning publications like Uncaged, as well as writing for Heckna! and other projects. You can see Yubi's full author credits here.

HAUNT has been edited by Sebastian Yūe.

Why a solo journaling game? Why the Wretched & Alone system?

The beauty of a solo game (and the nature of a Wretched and Alone game) is being able to play it in your own time, at your own pace, all the while creating something in the process. The rules are elegant and simple, allowing players to spin intricate, emotional games with ease by following prompts and recording their outcomes. HAUNT is an experience where ‘winning’ is rare; instead the goals are to create a story, sit with the emotions your story inspires in you, and to reflect on isolation, fear, and disconnection. These games are often impactful and intense, and can be extremely therapeutic.

As Chase Carter writes in his review of The Wretched, "The Wretched is clearly a game that deals with hope in hopeless times, something I had become very familiar with in the past year. Bissette designed their game around a central lie - that survival was possible - but that inevitability didn’t cheapen the experience. Instead, it pivots the spotlight on the courage of facing the unrelenting march of endless days, the nobility in responsibility triage and the accomplishment in simple perseverance."

Who Am I, when I play HAUNT?

You are dead. You are a ghost. You don’t remember your name and your age, what you looked like, and who you were. You wander the rooms of this house, desperately clinging to the shredding tatters of You.

You watch the family in their home.

You want to join them.

But if you don’t, you will continue to drift away until your soul becomes so fragmented that you can’t move on, and you—or what’s left of you—will remain here forever.

You have to reach out to the living, you have to make them see you, so you can remember who you are.

So you can finally find peace.

You have to try.

What are others saying about HAUNT?

"This game is a moving and visceral exploration of what it’s like to touch the lives of others, but they fail to acknowledge you. Each prompt is carefully crafted to help the player explore a facet of loneliness, isolation, or yearning and to develop the character of the ghost and the world they exist inside. Through this game, Yubi asks tough—but necessary—questions to guide the player through an unforgettable story for our times. It was a joy to edit this game and I hope you love it as much as I do." - Sebastian Yūe, editor for HAUNT, content creator for Hit Point Press, and more.

When will HAUNT be available, and what will I get?

HAUNT is set to release on the 8th of April 2022 and will include:

HAUNT may also have a limited amount of print copies, announcements of which will be made in due time. Make sure to follow this project on itch.io or on Twitter @uzbadyubi

HAUNT will have an 'early bird' discount price set for the first 24 hours of release, and will then be available for £8.00 (BOO!), and will include all the abovementioned files.

I'd like to review HAUNT! How can I get a copy?

Send an email to yubi.coates@gmail.com with a brief introduction and a link to where you review games! If you charge for reviews, please let me know your rates in your initial email, as this project has a limited budget. You can also use the information laid out here in the press kit. 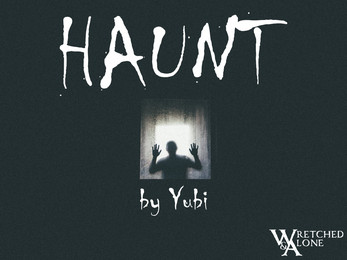 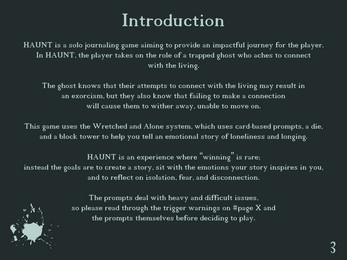 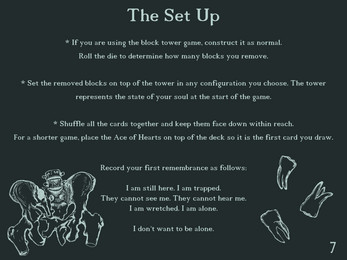 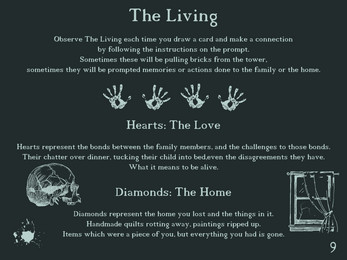 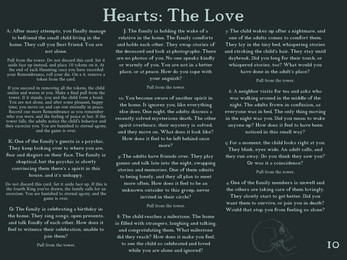